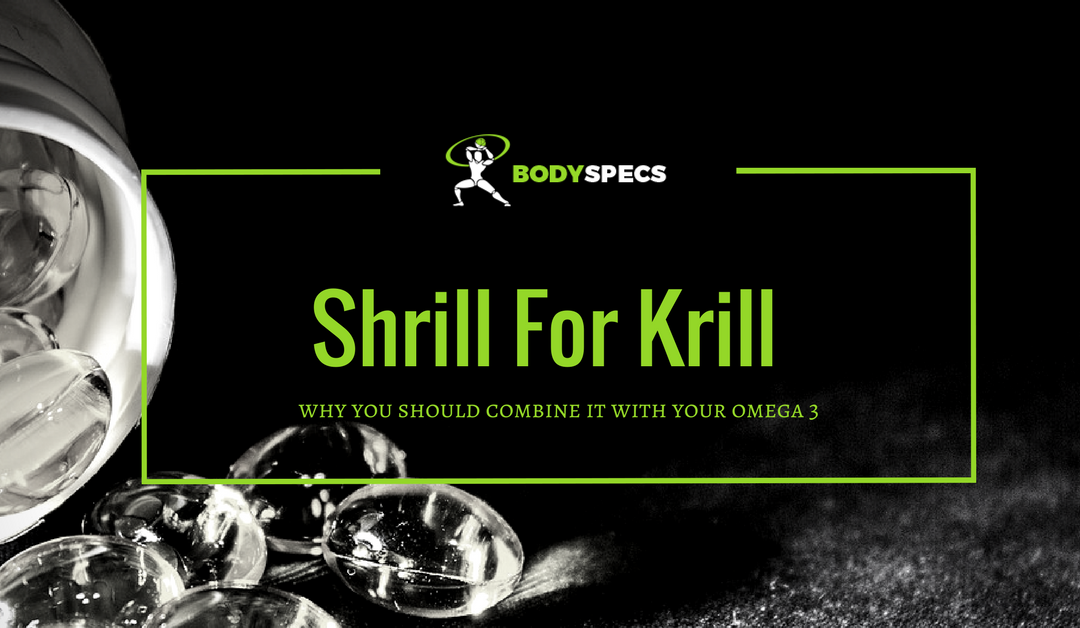 Why combining Krill and Omega 3 is good for your joints…especially if you plan on training for a long time!!

We all have heard of the benefits of Omega 3 for its ability to provide a protective effect for maintaining healthy arteries but the new ‘hotness’ is Krill. Yes. The food of whales is now available for reducing the symptoms of (OA) osteoarthritis.

Krill are among the most populous animal species on the planet. Tiny shrimp-like crustaceans, found in the frigid waters of the Antarctic ocean. What makes Krill unique is its ability to help in reducing joint inflammation in combination with fish oil. Fish oil is great for maintaining healthy arteries by reducing inflammation caused by c-reactive proteins, and LDL ( bad cholesterol). However, unlike long-chain polyunsaturated fatty acids from other animal sources, a high proportion of Krill oil fats are found in a form known as phospholipids which may help explain their unique function in joints.

OA is characterized by a degradation of the articular surfaces between the bone joints. OA can be painful and debilitating even when conventional drugs are used. Moreover, the key goal with these medicines is simply to reduce pain. Krill on the other hand in conjunction with fish oil is shown to have a significant improvement in reducing inflammation and pain by reducing the activity of the C-reactive protein, a contributor to arthritic inflammation, by as much as 50%!

Another key factor in maintaining healthy cartilage is Hyaluronic Acid. This naturally occurring compound provides cushioning and joint lubrication found in all joints and is responsible for wound repair and regeneration. HA suppresses the damaging effects caused by enzymes that degrade the cartilage which leads to arthritis. HA can be taken orally but because of the size of the molecules, this affects its bioavailability. This means that it is not readily absorbed from the intestine, thus dampening its healing effect on the damaged tissue. However, when combined with HA absorption is markedly improved.

Krill avidly consume algae. These algae contain astaxanthin which is a powerful antioxidant and natural anti-inflammatory agent and has long been studied for its inhibitory effects on reducing cartilage damage caused by destructive enzymes.

Krill oil reduces inflammation and infiltration into the joint thus reducing pain and cartilage damage.
Krill, when combined with HA and astaxanthin combined with fish oil, has shown a significant reduction in pain in less than 3 months.
I would suggest trying Krill if you are already taking a fish oil supplement. If you are taking neither then it makes sense to give it a try. As always let your doctor know when you begin taking this combination. I recommend that if you have not begun to add fish oil to your healthy constitution you should!

‘Whatever you are. Be a good one’
-Abraham Lincoln